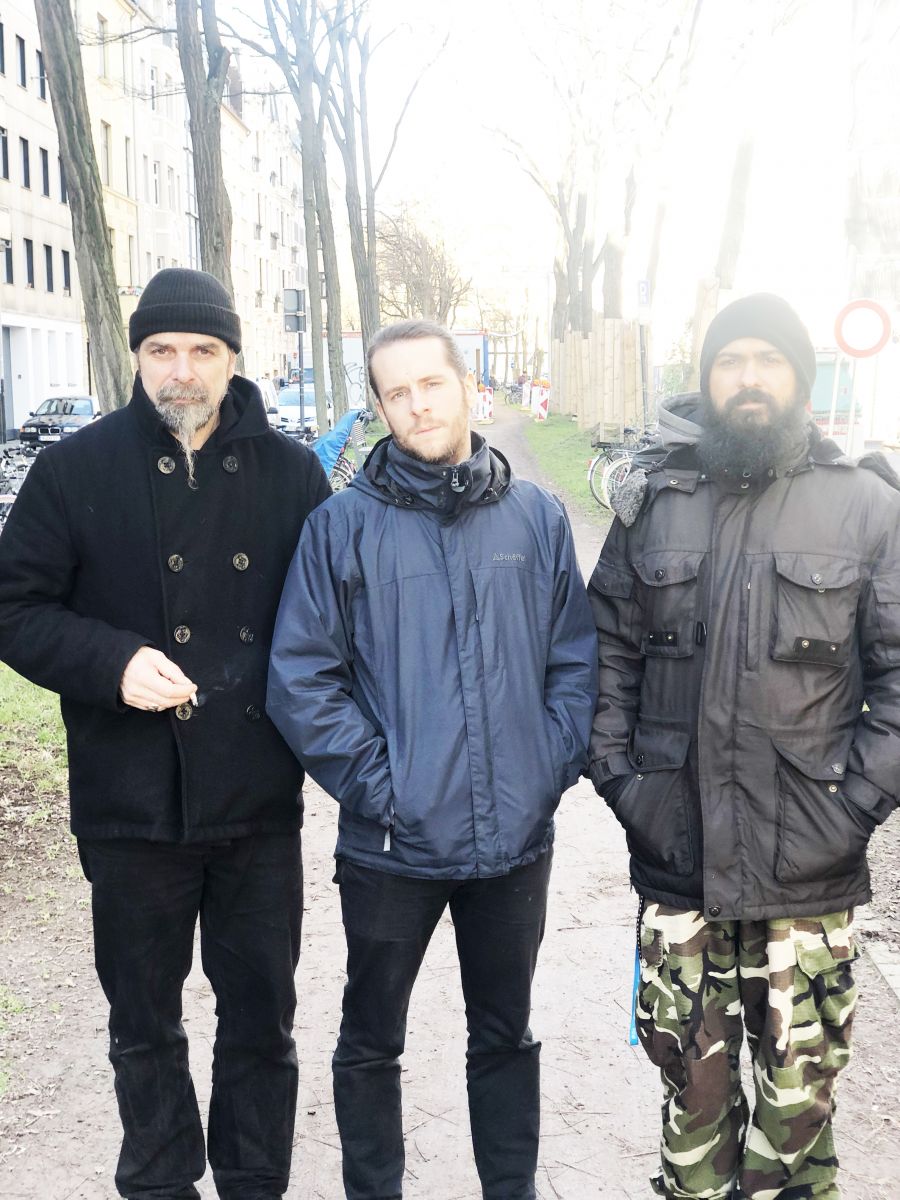 The newly founded trio "HIPPNA" succeeds in developing the most complex sound worlds
from a mixture of jazz, rock and improvised music in a fluent communication of direct ideas
and sophisticated artistry. The perfect handling of musical tension and relaxation as well as
flowing dynamics testify to a congenial understanding for each other. Although the three
musicians are rooted in the tradition of jazz, they are searching for their own way, which is
free of fear of contact. Not only the friends of freely improvised music get their money's
worth while listening to them.

For a long time it was quiet around the saxophonist Hans Peter Hiby. But after his long break he is back on stage since 2015. With his trio "Hiby-Bardon-Hession" he recorded the highly acclaimed CD "Roots" (Nottwo Records) and played with this trio many successful concerts in England and Germany in the years 2016 - 2019. His continuity in the further development of his own sound earned him the hearing of Peter Brötzmann, who then invited him to the successful and sold out duo concert in Wuppertal.

In 2017 he met the young Cologne drummer Thomas Sauerborn, with whom he played in a trio together with Dieter Manderscheid (b).

Thomas Sauerborn's way of playing, a mixture of jazz, rock and extremely experimental drumming, aroused his interest and so they met for the first time to talk about the foundation of a new trio and the further musical development. Over Thomas Sauerborn the contact to Reza Askari, a very popular and hip bass player from the younger jazz scene, was established. After several studio sessions in 2019/20 the new trio "HIPPNA" was formed

works, as a musician and composer since 1985 in the international context of the contemporary avant-garde of jazz and improvised music. He has played with musicians like:

studied percussion at the Conservatory in Amsterdam and later at the Academy of Music and Dance in Cologne under Prof. Jonas Burgwinkel, Prof. Henning Berg, Prof. Michael Kuettner and Frank Gratkowski. In 2013 he finished his studies with top marks. He is active as a drummer, bandleader and composer since 2010 in the national jazz / improvisation and instrumental trip music scene. With bands like:  Das Ende der Liebe, Pollon, Mount Meander or Monophonist he has performed all over Europe and at various festivals. He played with Frank Gratkowski, Simon Nabatov, Philipp Zoubek, Dieter Manderscheid, Robert Landfermann, Sebastian Gramss, Scott Robinson, Shannon Barnett, Josef DuMoulin and many more.