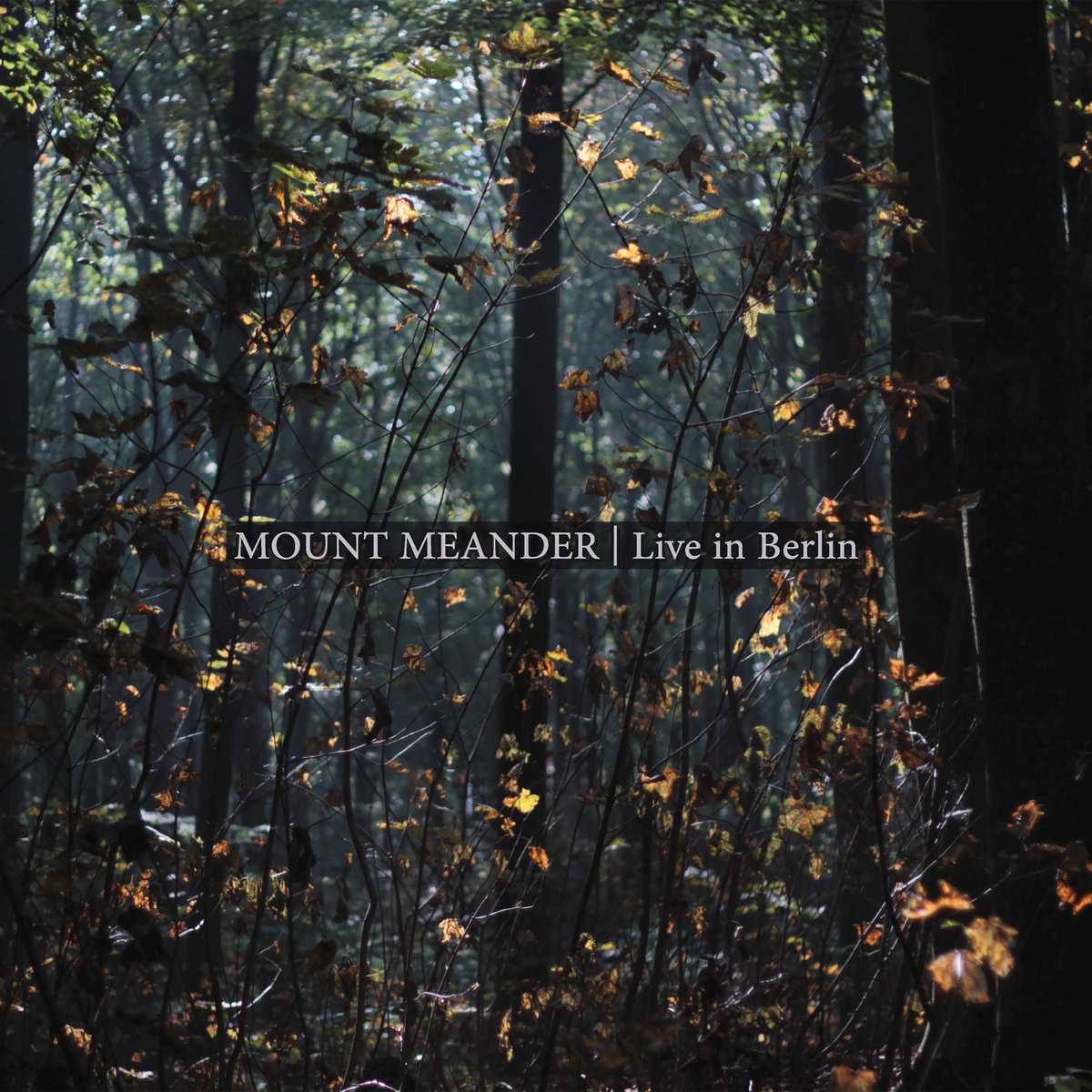 Mount Meander
Release: 2019-02-06
Mount Meander is back!
After their acclaimed debut (Clean Feed, 2016), this pan-European quartet of accomplished free improvisers moves towards a more visceral expression live, presenting a record of one of their intimate yet robust performances.

The music emerging is a sort of an ethereal substance in a state of constant flux - musicians as particles interacting according to inner (experiences) and outer (time, space, and the receiver which is also a giver) impulses and meanings. One of the elements initiates a movement, the rest radiates accordingly - stone is thrown into the water, thus creating waves. Here, it is never about specific particles, but about the substance itself and its vector-transcend to where it becomes just yet another particle in an even greater soup of matter.
released February 6, 2019
Mount Meander is:
Kārlis Auziņš – saxophones
Lucas Leidinger – piano
Tomo Jacobson – double bass
Thomas Sauerborn – drums
1. SET (reach)
2. ARRIVAL (touchdown or the two faces of the cosmic wizard)
3. EVOLUTION (climbing babel or Gaunab)
4. FEATURE (strings all over)
5. INTERACTION (on the rim)
6. DRUM (ants & elephants)
7. OPUS (hearts breathing)
8. ENCORE (the ghosts in the woods)
Recorded live at Berlin Jazz Units (Musikbrauerei) on November 27, 2017 by Fabian G. Knof of UFO Sound Studios
Mixed by Jonathan Hoffmann
Mastered by Michał Kupicz
All music by Mount Meander

"[With] the band’s second CD (...) the quartet members now travel firmly on their own route with no meandering. (...) Avant-garde to some, modern mainstream to others, Live in Berlin helps define what cooperation can achieve. Maybe hyperbolic politicians should start taking tips from Jazz musicians."
(Ken Waxman - Jazz Word - USA)

"No transcriptions for this one!"
(George W. Harris - Jazz Weekly - USA)

"Modern, creative and exciting - four musicians you really have to write in the book. (...) Incredibly exciting music, that not only works live in concert, but also does well in the CD player."
(Jan Granile - Salt Peanuts - Norway)